The Nikon Z9 catches a bullet 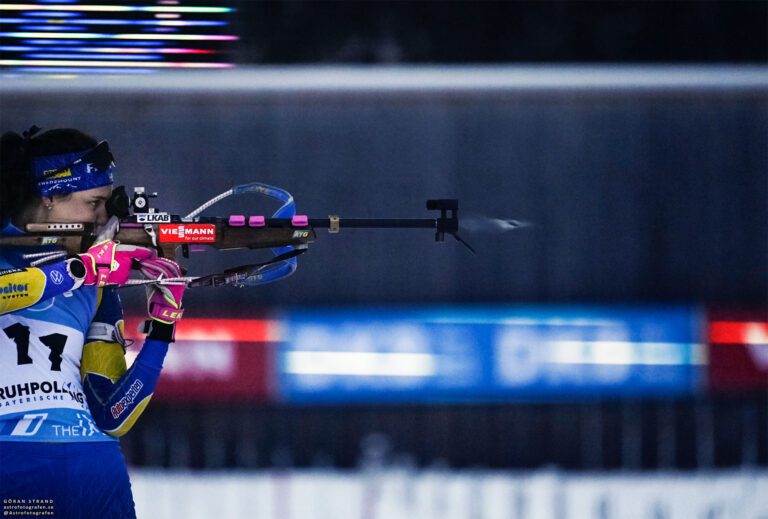 The past weekend I was down in Ruhpolding, Germany, to cover the Biathlon World Cup. This was my first sporting event working with my new Nikon Z9 camera so I finally got to test the camera in real action.

Overall I’m super happy with the camera, the autofocus is just amazing when it comes to 3D tracking athletes. Also the image quality is super great, even at higher ISOs. The 45Mp resolution allowing you to really crop in close on the action if needed.

Anyway, the most exciting test was the one I did with the 120 frames per second mode. The Nikon Z9 can shoot 11Mp jpegs stills at 120 fps. So I thought that maybe the Nikon Z9 can catch a bullet as it leaves the rifle. The bullet from a Biathlon rifle has a speed of roughly 350 m/s or ~1 235 km/h (~767 mph), so it isn’t the easiest thing to photograph But since the Nikon Z9 can go all the way down in exposure time to 1/32 000 second I thought that it might work.

I did some test and could see that it actually could be possible. First I tried to get the rhythm of the athlete (Hanna Öberg, Sweden) shooting since I didn’t want to hold the shutter release button down too long. At 120 fps you get lots of photos to look for a bullet in.

After a few tries I finally got the rhythm right and started to get bullet shots. Then I could start working on composition and getting a cleaner exposure. 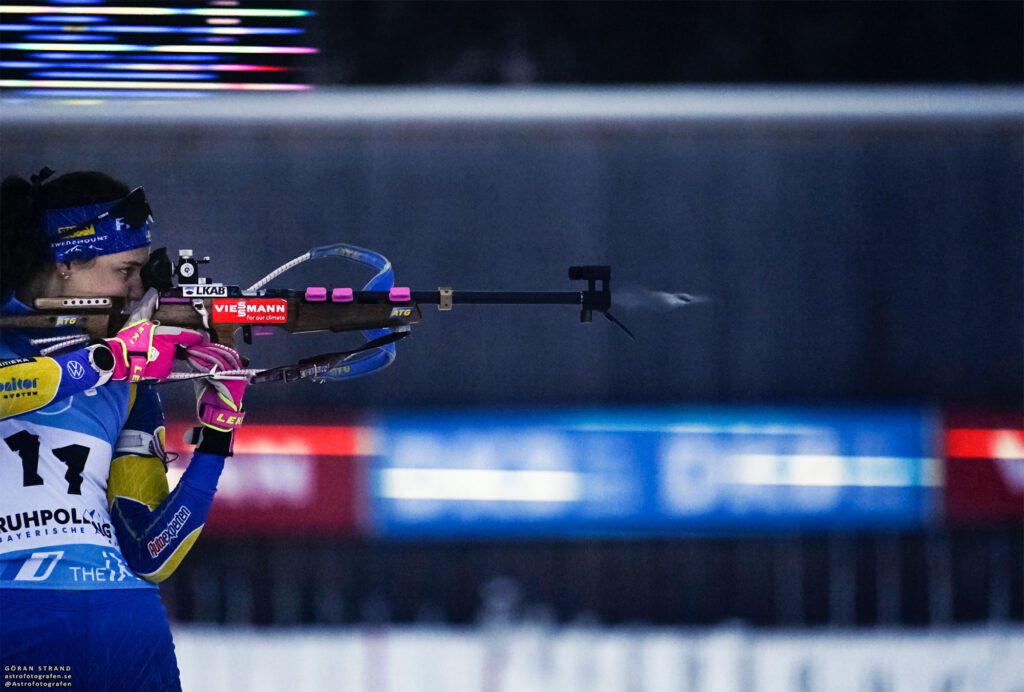 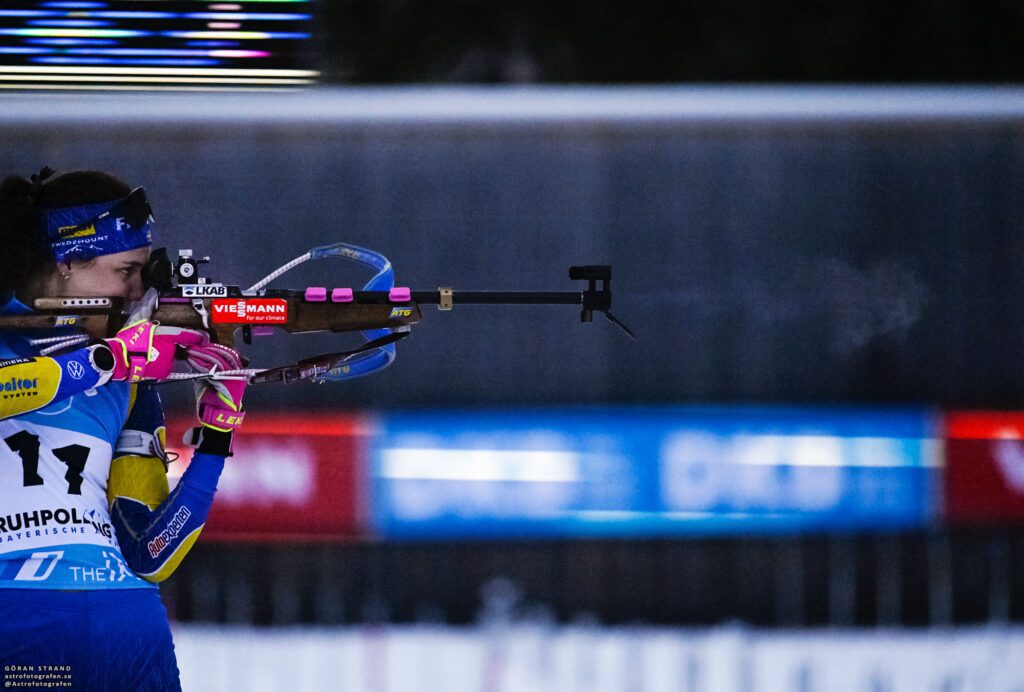 In this second photo, the frame taken after the previous one, you can see the smoke leaving the barrel of the rifle.

To sum things up, it quite amazing what cameras of today are capable of. Catching a bullet is quite an achievement and something you needed specialized high speed cameras to do not that long ago. 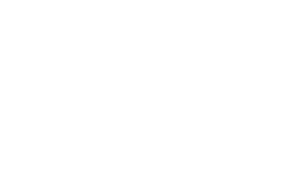