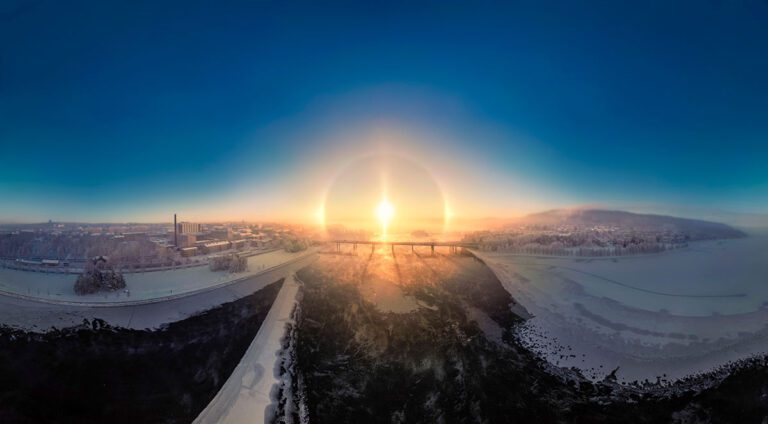 Today is the December solstice, marking an astronomical beginning of summer in the southern hemisphere and winter in the north. This photo was taken on the 17th of December 2022 at 12:30 local time, when the Sun was at its highest position in the sky here at latitude 63°N.

To the left you can see the city of Östersund and to the right is Frösön, a big island close to the city.

Above Frösön you can see a small cloud of smoke leaving the top of the island. That’s snow being produced by snow cannons at the local ski slope, Gustavsbergsbacken.

These tiny ice crystals produced by snow cannons are almost perfect in shape and have a tendency to be more likely to produce solar halos. Solar halos are more frequently visible close to ski resorts that have snow cannons producing these perfect ice crystals.

This photo was also featured as Astronomy Picture Of the Day at NASA on the 21th of December 2022, to read more about that feature follow this link – https://apod.nasa.gov/apod/ap221221.html

Above you can see a video I made at the same time with my drone flying over lake Storsjön closing in on the bridge between Östersund and Frösön.

This time of the year solar halos are more frequent during cold days when the air is filled with tiny ice crystals making sky phenomenon like this possible. 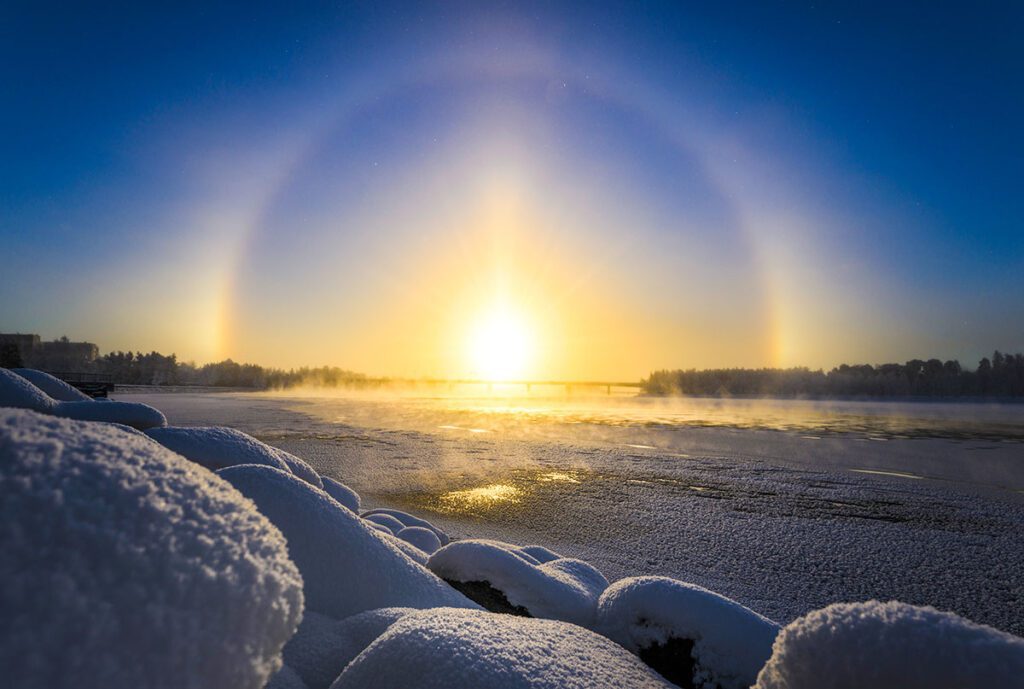 To learn more about solar halos you can visit Atmospheric Optics – https://atoptics.co.uk/halosim.htm